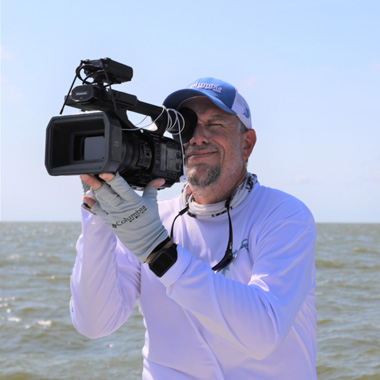 What can you say about Rob Greene? With almost 30 years in the television production biz and 3 Emmys under his belt, Rob knows TV. So, it’s little wonder why George picked Rob as the Producer/Editor and Director of Photography for his World of Saltwater Fishing television series.

Rob’s ability to cover fast-paced action is one of the keys to his success, and his sports coverage has appeared on Discovery Network, NBC Sports, and many others. His love of lighting, graphics, technology, editing and shooting are the driving forces behind Rob’s success.

Affectionately nicknamed “The Swede” Rob brings a lot of talent to the highly-skilled team. 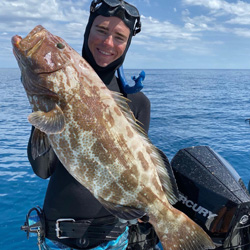 Scott grew up on the waters of South Florida and the Florida Keys where he found his passion in fishing and spearfishing. He is a skilled and USCG Licensed Captain, a PADI Freediving Instructor and has reached depth of over 150 feet. In addition to his fishing, he’s in demand as a videographer, with his work appearing in nationally-broadcast fishing shows. 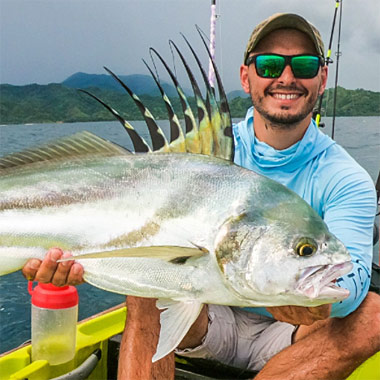 Denes Szakacs is a south Florida native who began fishing at a young age. He studied photography in high school and ultimately became a professional in that field. With experience in wedding and event work, Denes' expertise and professionalism propelled him into commercial and marketing style photography as well as videography for outdoor related brands. Denes claims that because of his background in fishing, it’s just natural for him to feel at home while he creates exciting content that real outdoors people relate to. 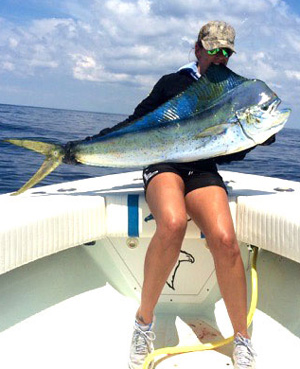 Marcy Mock brings more than 20 years of graphic design experience to George Poveromo’s World of Saltwater Fishing. She began her career at the Miami New Times and is currently the art director/owner of MarSea Design Inc.

She developed her love of fishing at an early age, while accompanying her parents on fishing trips. Born of Cuban parents, she began hand-line fishing before picking up her first fishing rod in 2001. Since then, she has spent some time on a professional fishing team, enjoys taking her parents out on her own boat, dives, paddleboards and enjoys being out on the water whenever possible.

Marcy can be reached marseadesign@mac.com