The captains and pros listed below are among the very best in the sport of saltwater fishing. Their attention to detail and ability to consistently locate and catch specific species of fish is unparalleled; even the most seasoned veterans can learn something from them. Each one has played an integral part in the continuing success of my World of Saltwater Fishing television series and I gratefully acknowledge their contributions..

Captain Andrew Tipler  –  Operating Last Cast Charters from the lower Florida Keys, Captain Andrew Tipler is a highly-acclaimed light tackle and fly guide. He specializes in flats- and back country fishing for bonefish, permit, tarpon and sharks, yet is equally proficient at reef fishing for groupers, yellowtail, mutton and mangrove snappers and offshore fishing for sailfish, kingfish, dolphin, tuna and wahoo. If that’s still not enough, he spends a lot of time on the Gulf wrecks behind Cudjoe Key. Andrew can be reached at 305-744-9796. 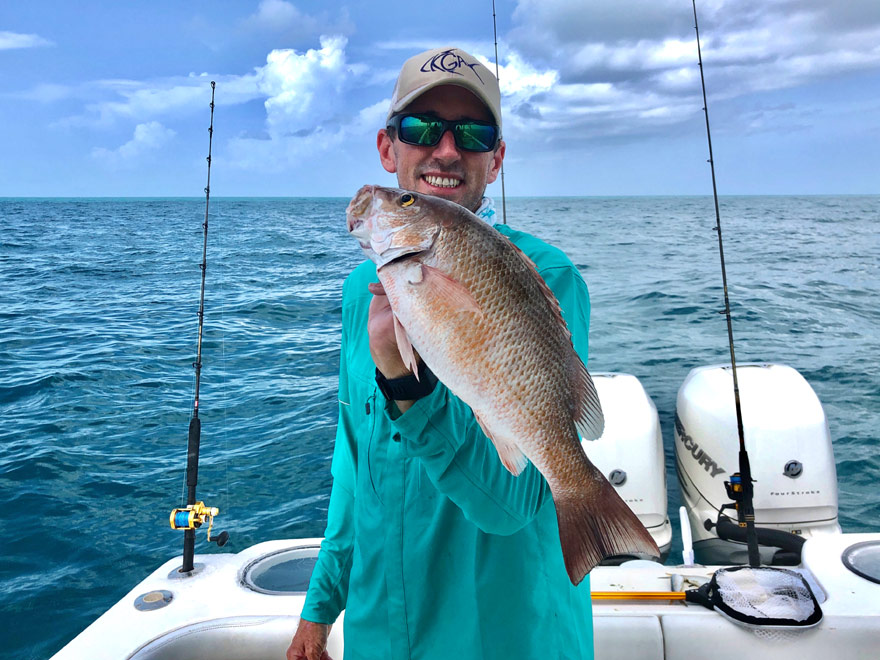 Captain Gavet Tuttle   - With over 15 years of experience at putting clients on fish within the inshore, near shore and offshore waters of Miami, Gavet Tuttle does it all, from snook and tarpon to sailfish, dolphin, kingfish and wahoo. He's extremely knowledgeable at fishing the local inlets as well as night fishing in Biscayne Bay. A light tackle, live-baiting specialist, he bases out of the Haulover Inlet area, but commonly chases the bite down to Government Cut and beyond as well as north into Broward County waters. Gavet can be reached at 954-448-1211, and through: www.Backformorecharters.com 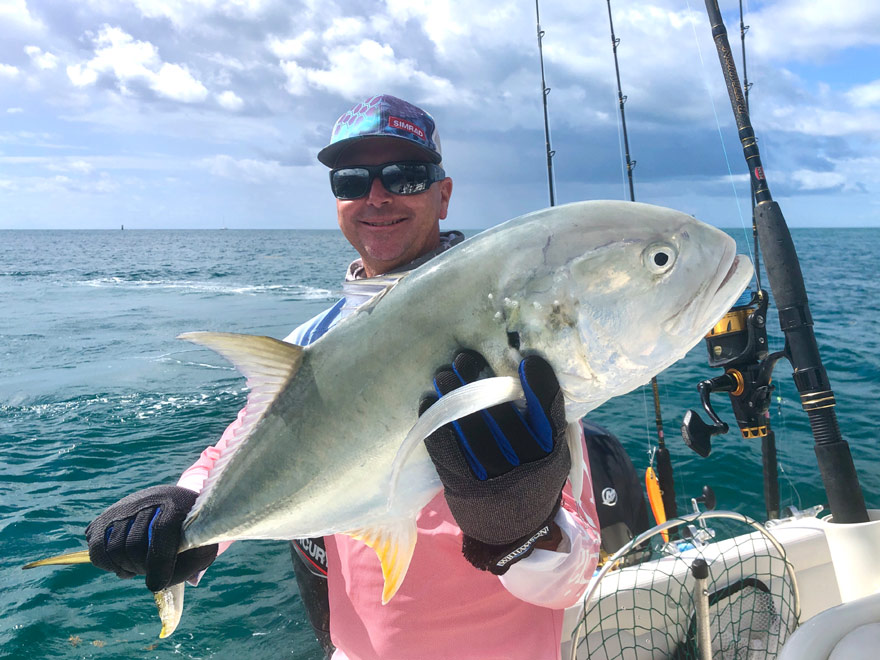 Captain Mark Schmidt - Captain Mark Schmidt is a veteran light tackle guide who operates his Sun Dancer Fishing Charters from Murray Marine on Stock Island. He has been guiding in the lower Florida Keys and Key West since 1980. A noted reef-, wreck- and live-bait fishing specialist, he guides clients to impressive catches aboard his 27-foot center console. He’s also an expert at fishing the flats for tarpon, permit, bonefish and sharks aboard his 17-foot skiff. Mark can be reached at 305-797-4032. 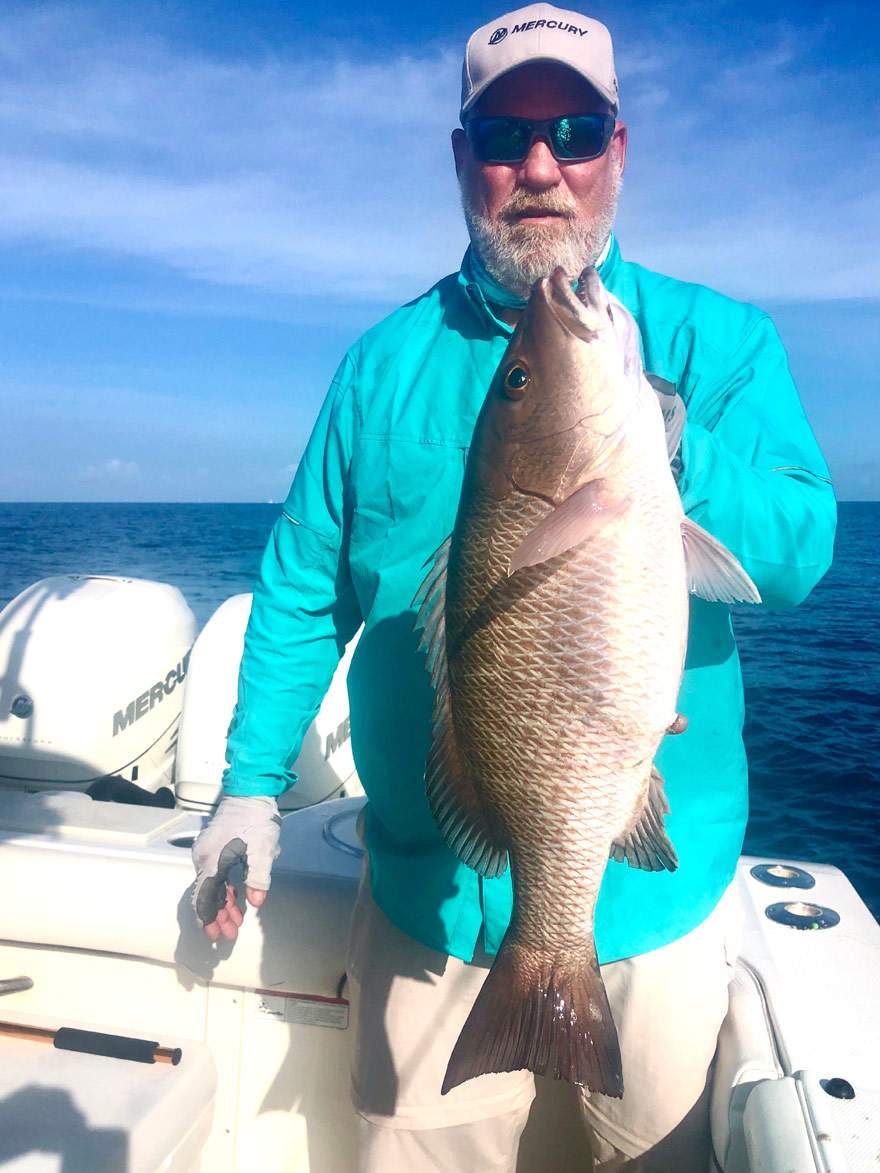 Carl Grassi  – A resident of Coral Springs, Florida, Carl Grassi is an accomplished angler who lives to fish. When he’s not managing his business, Carl’s Automotive on West Sample Road in Coral Springs, Carl enjoys live-baiting for sailfish, blackfin tuna and kingfish, running and gunning for dolphin, trolling for wahoo and marlin, and day dropping for swordfish. He’s a big fan of the Florida Keys and the Bahamas. Carl can be reached at 954-647-7500 or Carlgrassi7801@gmail.com 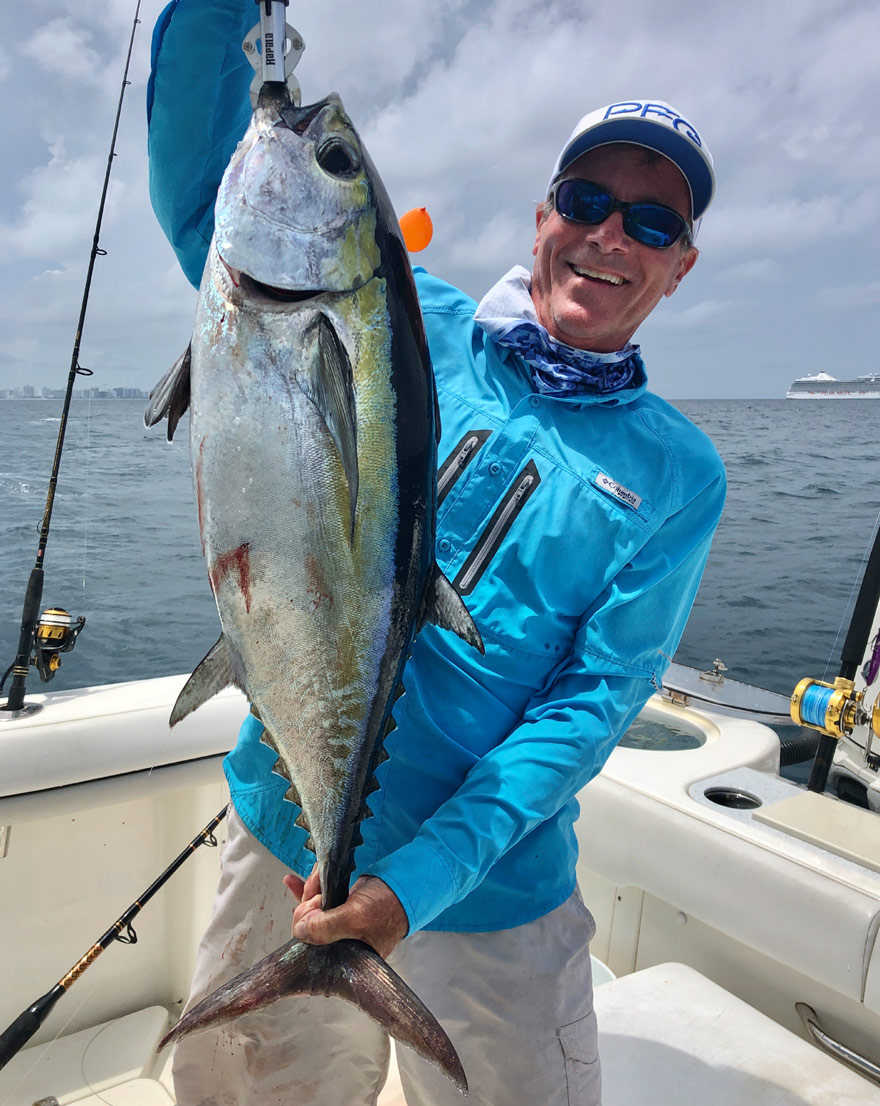 Captain Steve Sewell – Basing out of Fort Myers' Fish Tale Marina, Steve Sewell is a southwest Florida wreck- and bottom-fishing specialist. He has over 30 years of experience at plying his trade on the intricate bottom structures and wrecks within this region of the Gulf - from the beaches outward to 80 miles. Cobia, king and Spanish mackerel, permit, groupers, snook and more are all within his realm, but he truly loves night fishing for snappers. Steve can be reached at 239-691-4373, and through www.hawgwildcharters.com. 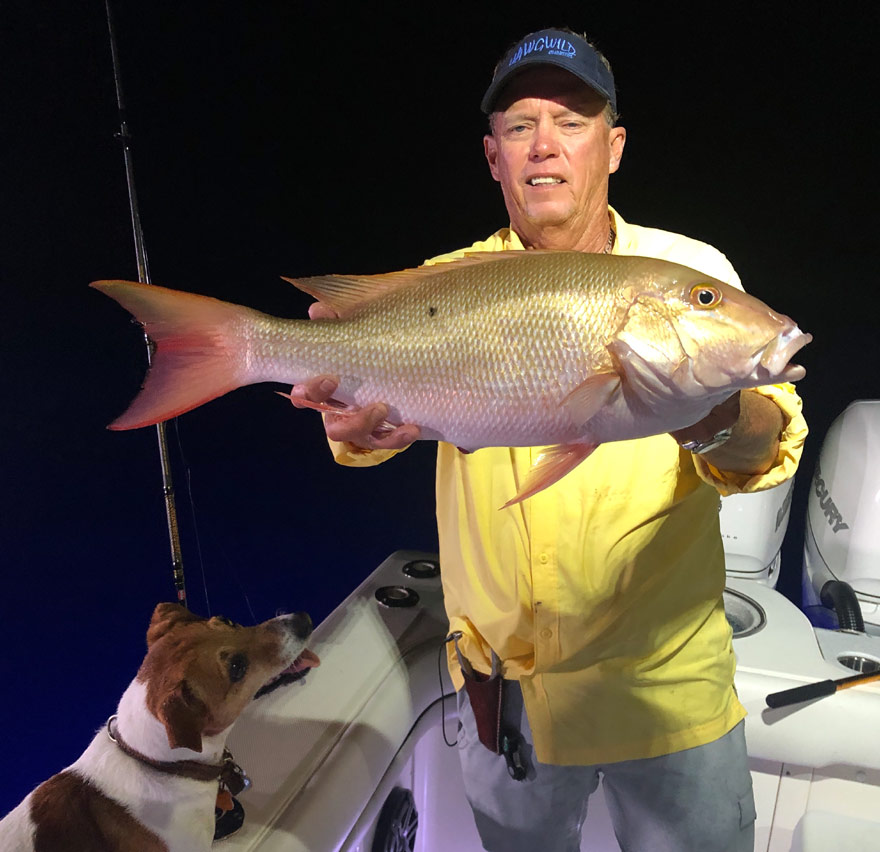 Captain Ron Brack  – Guiding professionally for nearly 35 years, Captain Ron Brack has done it all, from offshore to reef to back country. Now specializing in fishing the back country waters behind Islamorada in the Florida Keys with his Pirate for Hire Charters, he’s not only an ace when it comes to catching a wide variety of fish throughout this skinny water environment, but a pure pleasure to be around. He’s very entertaining and gives his all to put clients on fish. Brack operates out of the World Wide Sportsman marina. Contact Ron at: 305-393-7448. 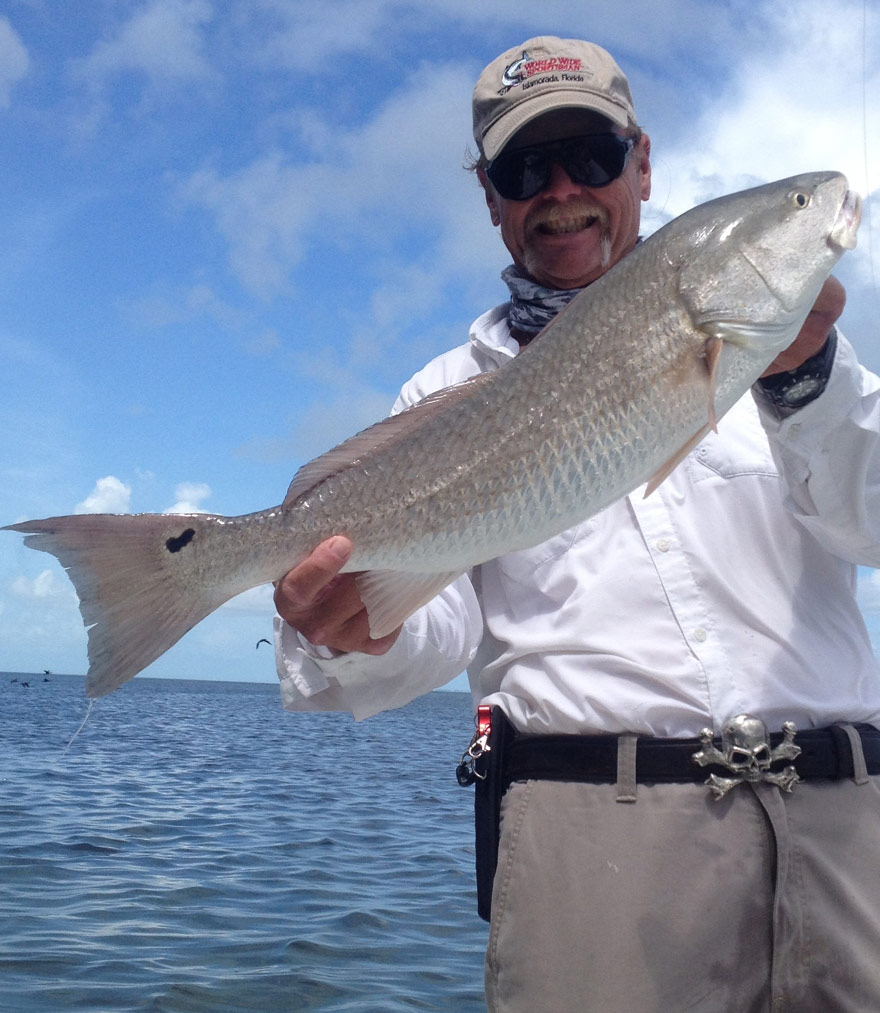 Harry Vernon III -  A native of Key Biscayne, Florida, Harry Vernon III grew up pursuing game fish off Miami and in the Bahamas. An authority on live baiting for sailfish, tuna and kingfish, he’s equally adept at trolling for wahoo, dolphin and marlin. On the inshore scene, he's tough on the local Biscayne Bay snook, tarpon and sea trout populations. When he’s not fishing or running the family tackle business, Harry tours as a national faculty member for the Salt Water Sportsman National Seminar Series. He can be reached at 305-374-4661. 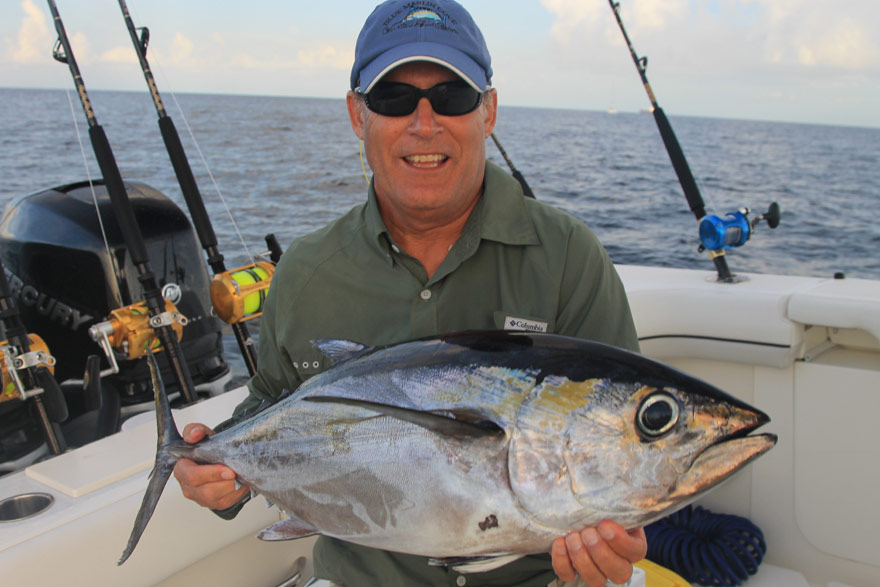 Kevin Cabrera  – Known locally as the "Miami Mutton Man, Jr.", Kevin Cabrera follows in the footsteps of his father, Benito, the original "Miami Mutton Man". He and his father are unique in that they charter out their expertise aboard customers boats. As his nickname indicates, Kevin specializes in bottom- and wreck-fishing off northern Key Largo, in the Florida Keys - with the emphasis on mutton snapper. However, he's equally knowledgeable at catching the full range of bottom fish, including mangrove and yellowtail snappers, amberjack, cobia and groupers. Kevin can be reached at 305-764-4659, and through: www.miamimuttonman.com 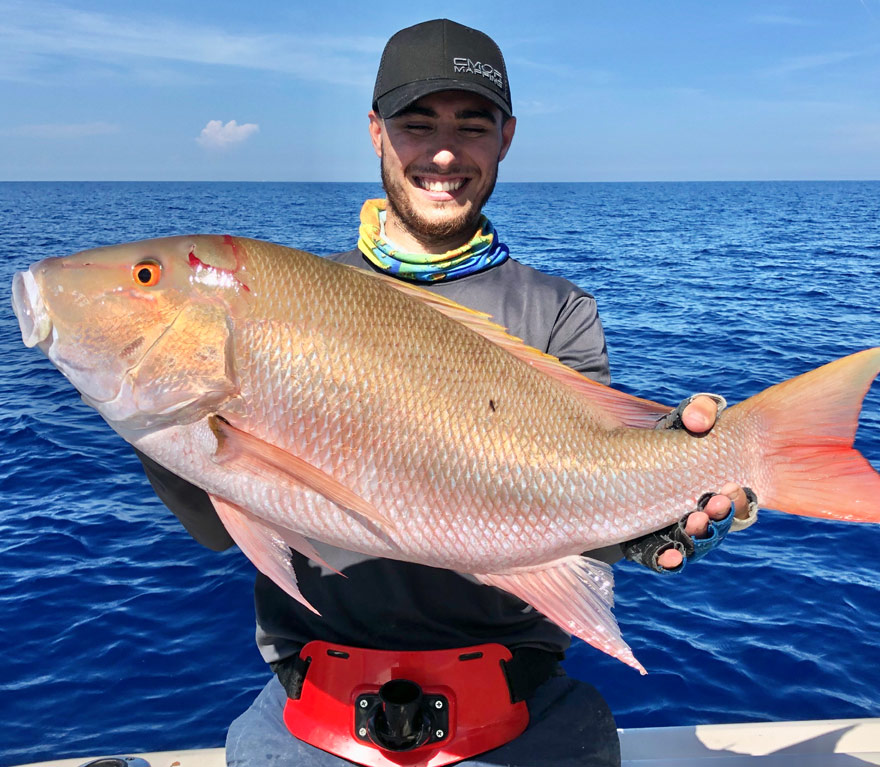 Captain Joe Gonzalez  - A legendary flats- and shallow-water guide, Joe Gonzalez has over 30 years of experience at light tackle and fly fishing within Biscayne Bay. His home waters are within the southern reaches of the Bay, where he pursues bonefish, permit and tarpon. However, for the more adventuresome, he also excels at stalking tailing redfish and catching snook and tarpon within the waters of Everglades National Park. Joe can be reached at 305-798-0841, and at www.captainjoegonzalez.com. 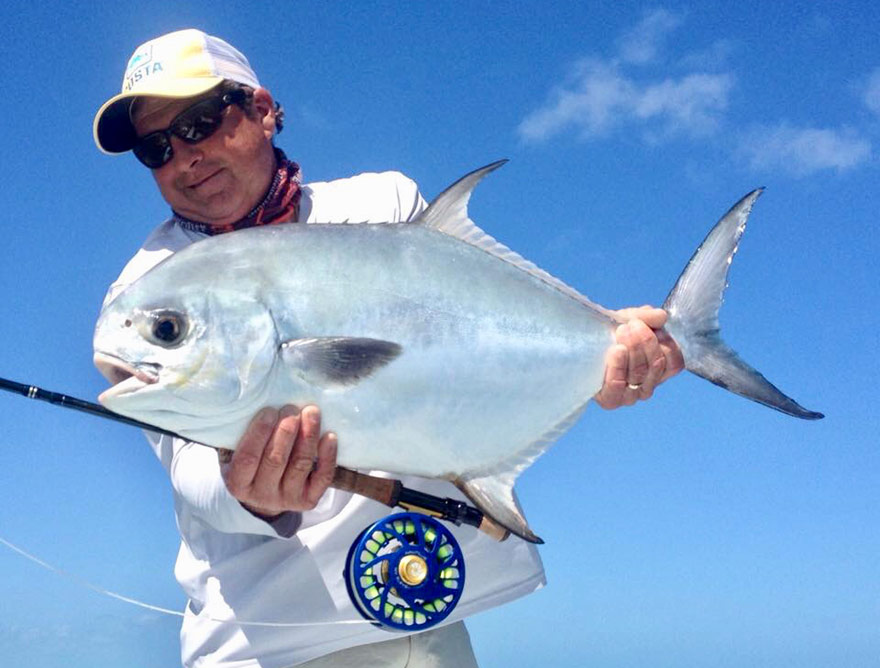 Captain Kevin Jeffries  - A very personable and knowledgeable pro, Captain Kevin Jeffries operates his First Down Charters out of Key Largo, in the Florida Keys. He specializes in live-baiting for sailfish, blackfin tuna, wahoo and kingfish, as well as trolling for dolphin and billfish. He’s also a bottom-fishing pro and one of the few skippers targeting Cubera snapper at night during their summer spawn. To contact Kevin: 305-409-4789. 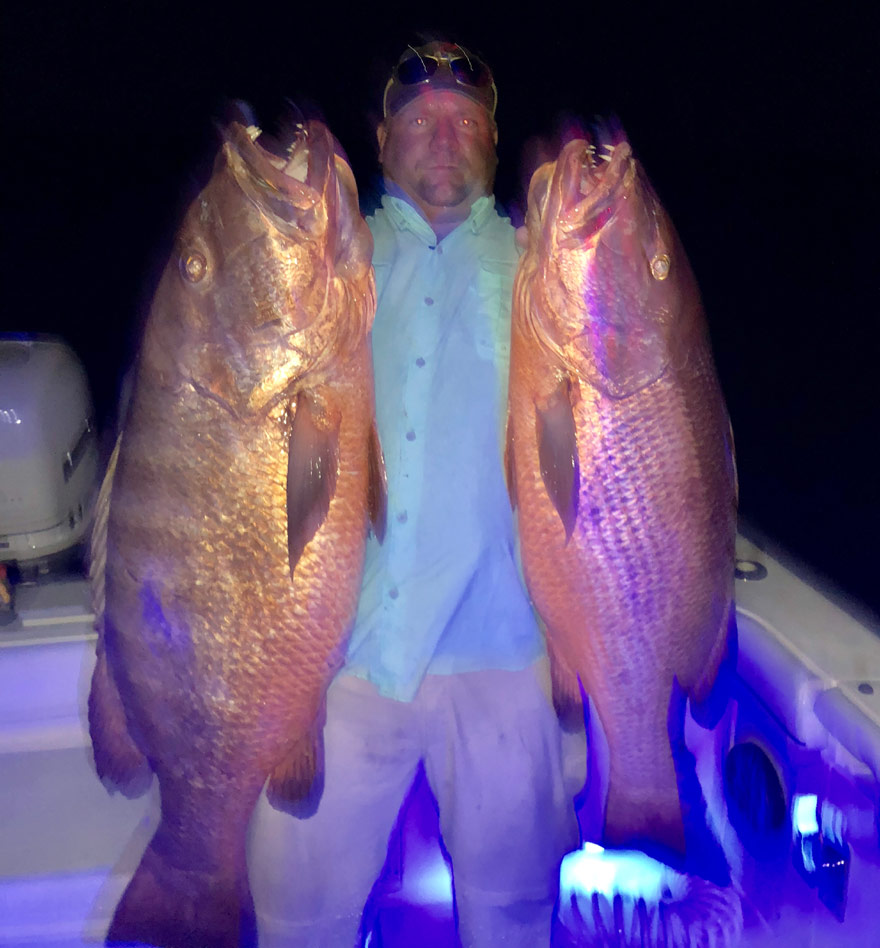 Captain Jimmy Gagliardini   –  When it comes to catching dolphin and blackfin tuna offshore, sailfish, kingfish, snappers and groupers on the reefs and wrecks, and tarpon and permit within the channels and along the bridges of Marathon in the Florida Keys, Jimmy is one of the very best. A veteran captain who has plied his trade at some of the world’s greatest billfishing destinations, he operates High Caliber charters in Marathon. Jimmy can be reached at 305-395-0915. 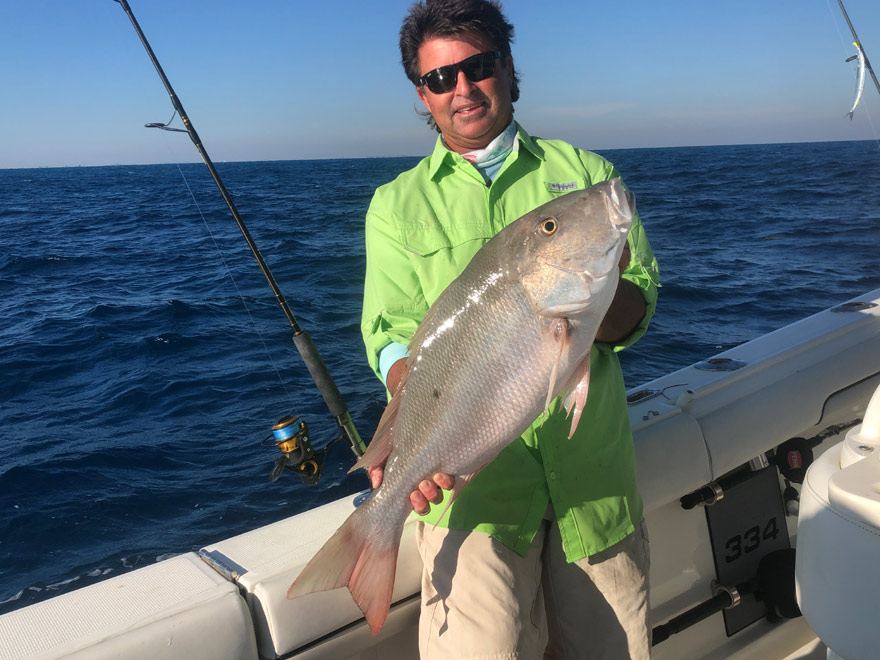 Captain Pepe Gonzalez   –  A versatile Key West-based guide, Pepe Gonzalez specializes in fishing the Gulf wrecks as well as the Atlantic side reefs and wrecks. During the peak spring season, you'll also find him bird-dogging the shrimp boats deep within the Gulf for blackfin tuna and cobia. Pepe is also well-versed at catching tarpon and even offshore game fish aboard his 27 foot center console. The personable captain can be reached at 305-304-0983, and at www.pepeskeywestcharter.com. 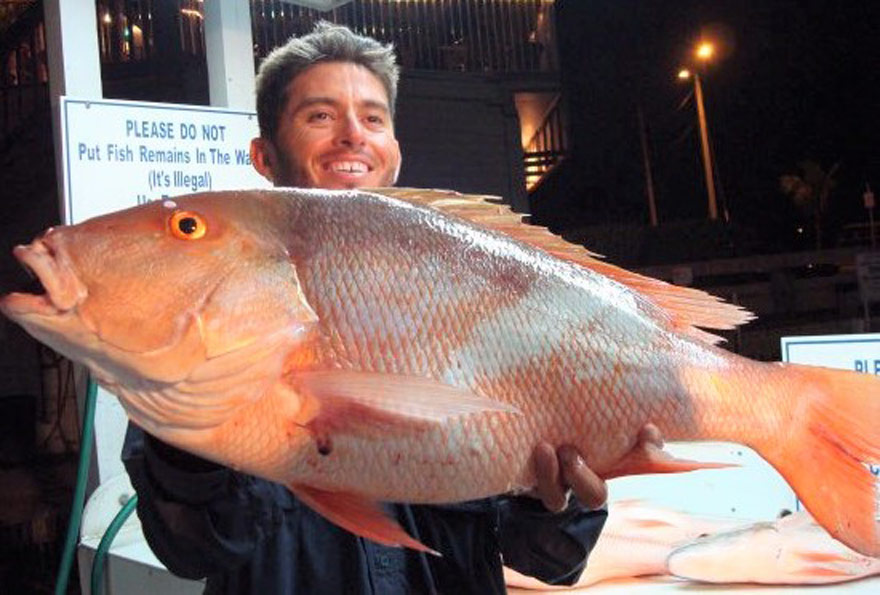