The captains and pros listed below are among the very best in the sport of saltwater fishing. Their attention to detail and ability to consistently locate and catch fish is unparalleled. Even the most seasoned veterans can learn something from them. Each one has played an instrumental part in the creation of my World of Saltwater Fishing television series and I’m proud to recognize their contributions.

Captain George Clark, Jr. –  With his Rodeo Charters (rodeocharters.com/about-us.htm)  based out of Key Largo in the upper Florida Keys, George Clark is one of those rare guides who is equally at home pursuing bottom fish and pelagics around the local reefs and wrecks, or fishing for snook, redfish, tarpon and trout in the back country behind Key Largo.  A large part of his strong knowledge on bottom fishing comes from his father, also a noted Key Largo captain. If you’re looking for some exciting fishing around Key Largo, give George a call:  305-852-3829; cell: 305-522-2638. 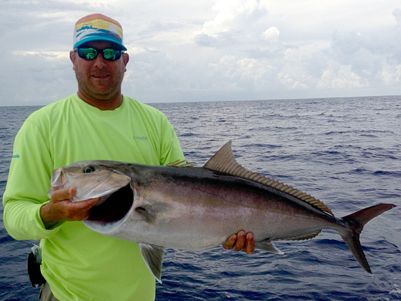 Captain Gary Dubiel - For light tackle and fly fishing along North Carolina’s Crystal Coast, as well as around Oriental and New Bern, Captain Gary Dubiel is one of the very best.  Although he harbors a fondness for catching speckled trout, hence the name of his business – Spec Fever Guide Service, Gary is equally skilled at catching trophy red drum and tarpon, and also striped bass when their winter migration takes them into the Trent and Neuse Rivers around New Bern.  Gary frequently serves as a faculty member for the Salt Water Sportsman National Seminar Series.  He can be reached at 242-249-1520, or through his website – Spec Fever Guide Service (http://www.specfever.com/). 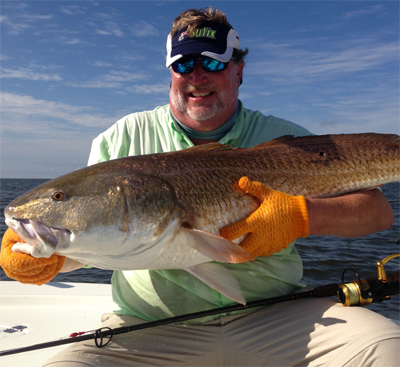 Captain Randy Towe - Randy Towe has been fishing the offshore and backcountry waters around Islamorada in the Florida Keys for over 30 years.  His experiences here and in various parts of the world have earned him an enviable reputation as one of the leading captains in the Florida Keys.  From tarpon on fly to day-dropping for swordfish on 80-lb. class stand-up tackle, Randy does it all in impressive fashion.  He can be reached at: 305-394-2667; www.captrandytowe.com 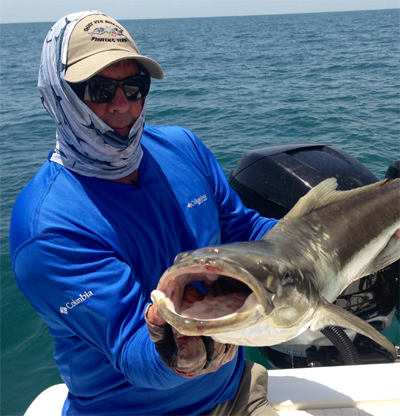 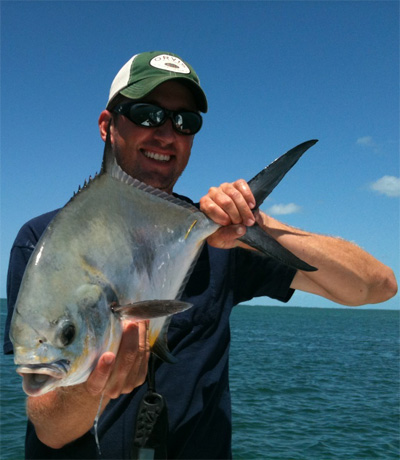 Captain Zachery Hoffman – One of Virginia Beach’s most accomplished young fishing guides, Zachery Hoffman is a master at sight-casting for cobia.  He grew up in these waters and harbors an intense competitive spirit.  For him, it’s about catching the biggest and most fish, with his Salt-Treated Fishing charter business (www.salttreatedfishing.com/boat.html). He’s also a master at catching trophy class flounder, as well as rockfish (Striped Bass) when they enter the Chesapeake Bay system. Zach can be reached at: 757 817-1388. 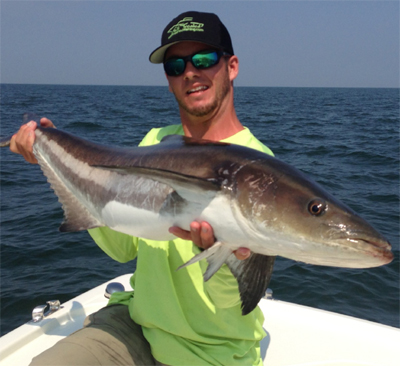 Captain Bouncer Smith – A true living legend in South Florida fishing circles, few people know the waters off Miami-Dade County as well as Bouncer Smith.  A pioneer of many tactics that take more inshore and offshore fish, Bouncer does it all.  However, his specialties include fishing for tarpon, live-bait kite fishing, reef fishing, and both evening and day swordfishing. He operates his charter boat out of the Miami Beach Marina.  Bouncer can be contacted through his website: www.captbouncer.com, or at 305-439-2475. 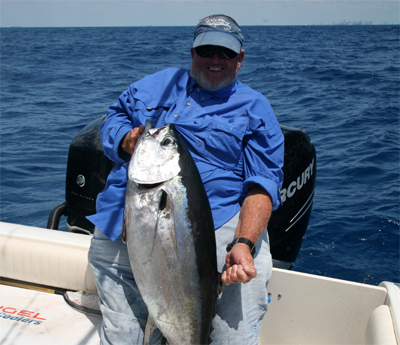 Captain Ariel Medero -  Hailing from Argentina, Ariel Medero moved to Marathon in the Florida Keys in 1994.  Since that time, he has built his Big Game Sport Fish charter business (www.biggamesportfish.com) into a thriving operation.  Whether it’s a relaxing day of catching snappers on the patches and reefs, or one his 10-hour ultimate big game fishing days, Ariel does it all in impressive fashion. He operates his 35 foot boat out of Marathon’s Blue Green Resort.  Ariel can be reached at 305-731-4348. 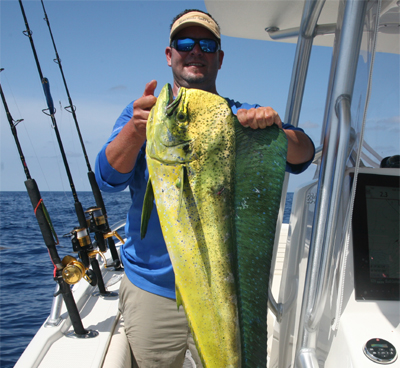 Captain Rush Maltz – Growing up in the Florida Keys enabled Rush Maltz to establish himself as an in-demand Key West guide who specializes in light-tackle live-bait fishing for reef, wreck and offshore species. Aboard his 32 foot center console, he’s not afraid to run far in his quest to put his customers on quality fish. He can be reached through his Odyssea Key West SportFishing Charters (www.odysseafishing.com/capt.html) and at 305-797-5060. 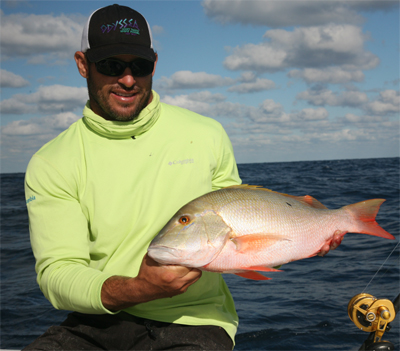 Captain Billy Wells - Adhering to a professional philosophy of running and covering water until he finds fish, Captain Billy Wells is a very “in-demand” guide. He operates his Freeman 33, “Wild Bill”, out of Venice, Louisiana.  A head guide with Mexican Gulf Fishing Company (www.mgfishing.com)  , Billy is a specialist at catching yellowfin tuna. He also trolls for blue marlin, dolphin and wahoo, and is an excellent bottom-fisherman. Billy can be reached at 504-329-7451, Email: Captainbillywells@gmail.com. 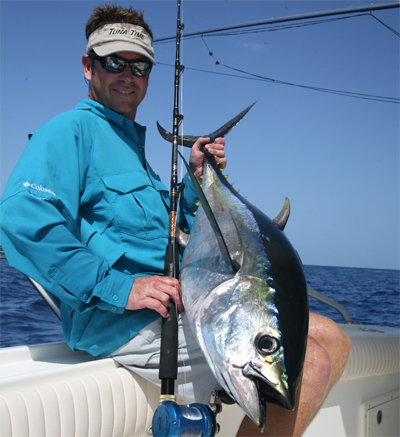 Captain Shannon Attales – Operating his Warbird Fishing Charters (www.warbirdfishingcharters.com) from Robbies Marina, Shannon Attales pursues just about everything that swims around Islamorada. A light tackle specialist, he excels at pitching live ballyhoo to showering sailfish, fishing the patch reefs, live-baiting the reefs and wrecks for both bottom fish and pelagics, and chasing dolphin well offshore. He can be reached at: 305-522-5587. 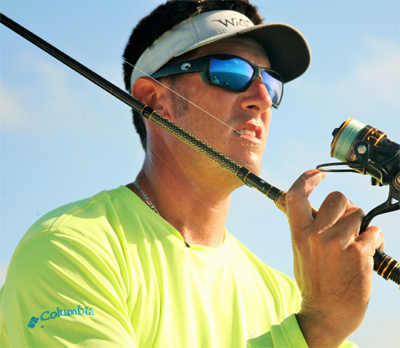 Harry Vernon III - A native of Key Biscayne, Florida, Harry Vernon III grew up catching offshore game fish in his local waters, and also in the Bahamas. An authority on fishing with live baits for sailfish, tuna, kingfish, and bottom-fish, he’s equally skilled at trolling for wahoo, dolphin and marlin, and even night- and daytime swordfishing.  He’s even tough on the local Biscayne Bay snook and sea trout populations!  When he’s not out fishing or running the family tackle business, Vernon tours as a faculty member with the Salt Water Sportsman National Seminar Series.  Harry can be reached at 305-374-4661. 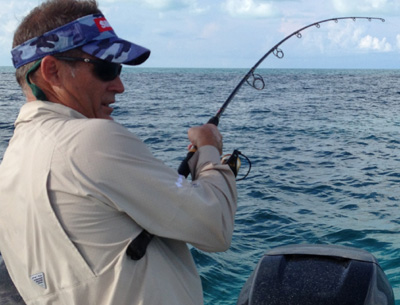 Carl Grassi – A resident of Coral Springs, Florida, Carl Grassi is an accomplished angler who lives to fish. When he’s not managing his business – Carl’s Sunoco on West Sample Road in Coral Springs – Carl can usually be found fishing out of Pompano Beach’s Hillsboro Inlet. He enjoys live-baiting for kingfish and sailfish, trolling for wahoo and dolphin, running and gunning for dolphin, and dropping for swordfish. He’s a fan of the Bahamas, where he enjoys bottom fishing and offshore trolling. Carl also owns a skiff and spends some of his time chasing snook and tarpon. Carl can be reached at 954-755-8799, or at: goracingwithcg@aol.com. 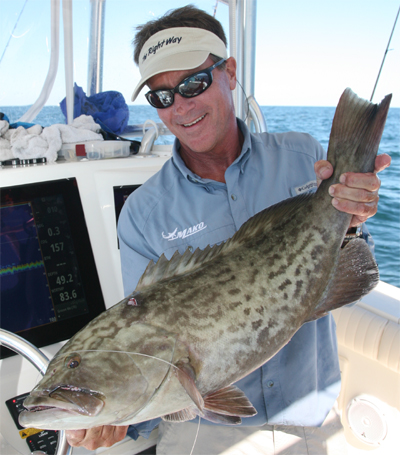